Our mission is to unlock the full human potential of people who have been marginalized or underserved by investing in impactful education technology companies. We want to help people thrive in their work, their personal lives, and their civic engagement.

We focus on helping the poor, those who are cognitively or physically different, deskless workers and the under-employed, the incarcerated, refugees and other immigrants, and those who experience persecution because of their race, gender, sexuality, or any other aspect of their identities.

We seek to transform the way that people learn. Learning experiences need to become less passive, less rigid, and less shame-based, and more inclusive, more joyful, more meaningful, and more centered on the needs of learners.

We believe that education at every level should combine the joy and playfulness of preschool, the intense collaborative experimentation of a hackathon, and the deep, self-guided exploration of a doctoral program.

We are looking for companies that can have a transformative effect on calcified institutions, communities, and value systems. For over a decade, we have invested in tools and technologies that increase access to learning, leading to profound change for individuals, families, and communities.

We seek companies that partner with school systems, employers, and large education operators to deliver solutions at scale that help ensure the best resources serve all students, regardless of socioeconomic background. Through our close partnership with CEOs, thought leaders, and other key stakeholders, we are working to change the educational landscape.

We typically enter companies at the Pre-Seed, Seed, Series A or occasionally Series B stage.

Upskilling our most critical workers and helping them live a life of purpose.

Matt Greenfield serves as the Founder & Managing Partner of Rethink Education with Andre Bennin. Matt sits on the boards of Allovue, CareAcademy, GetSetUp, Major League Hacking, and Stellic. His non-profit affiliations include the board of Southern New Hampshire University.

Matt received his B.A., M.A., and Ph.D. in English from Yale University, where he won five academic prizes and fellowships from the Mellon and Whiting Foundations and served on the editorial board of the Yale Journal of Law and the Humanities. He taught at Bowdoin College, where he served on the committee overseeing admissions, helped launch an interdisciplinary learning community program for first-year students, taught in the teacher preparation program, and taught graduate classes in literature to teachers from the New York City public schools.

Andre Bennin serves as Managing Partner of Rethink Education where he is a key player in both firm strategy and leading investments: actively shaping the portfolio, positioning, and thesis. He previously served as Managing Partner of Juvo Ventures. Before that, he came from Strada Education Network, where he was a Managing Director of Corporate Development, working as investment lead on several direct minority, control, and fund investments. While at Strada, Dre served on the boards of Authess, Cell-Ed, BridgeEdu, and Roadtrip Nation. In addition, he was an advisory board member of Kenzie Academy and GSV Ventures.

Prior to rejoining Strada in 2018, Dre served as Senior Operations Director for the Office of the Governor of Indiana, Eric J. Holcomb, where he managed the economic and workforce development and infrastructure portfolios. In this role, he provided oversight and direction to seven state agencies. He also helped spearhead the creation of the state’s $250 million new investment vehicle, the Next Level Fund. Dre previously worked on the U.S. Senate Committee on the Judiciary for the staff of U.S. Sen. Chuck Grassley of Iowa.

Dre originally joined Strada in 2013 as Senior Advisor and Deputy Chief of Staff to the CEO, playing an integral role in the organization’s transition to its mission of completion with a purpose.

Dre was recognized in Savoy Magazine’s 2020 Most Influential Black Executives in Corporate America. He brings a breadth of experience in investing, operations, and policy. Dre earned his bachelor’s degree in Molecular Biology and his Juris Doctorate from Brigham Young University. Dre was born in Côte d’Ivoire to two Ghanaian parents and grew up in Alexandria, Virginia. He currently resides in Indianapolis, IN with his wife and three children. In his spare time, he loves to read, watch and play sports, and spend time with his family. Dre is a native French and Twi speaker.

Ebony is a Partner at Rethink Education, a venture capital firm focused on education technology. Brown, who joined Rethink Education in February 2019, has been a vital part of the team, pioneering Rethink Equity, a $5mm carveout to invest in underrepresented people of color, optimizing portfolio support during the pandemic by connecting CEOs to customers at scale, and unlocking new networks to improve deal flow. Brown is also a Board Director of Rethink Education portfolio companies AllHere and Anthill AI. Outside of her work at Rethink Education, Brown helped form the Mosaic Fellowship Program at Impact Capital Managers as a co-lead of their working Group on Talent & Diversity.

Before joining Rethink Education, she was the Director of US Ventures at Village Capital, where she was responsible for finding and supporting US start-ups for the fund’s five sectors. While in business school, Ebony was Education Director for Social Venture Fund. Previously, Ebony spent time in her hometown of Detroit, managing charter schools at New Urban Learning and began her career as an Account Strategist at Google. Ebony holds an MBA from the University of Michigan’s Ross School of Business and a B.B.A in Finance from Howard University.

Amanda Beaudoin serves as Senior Associate on the investment team at Rethink Education. Prior to joining the firm in October 2020, Amanda spent three years in investment banking at Goldman Sachs focusing on M&A, strategic advisory, and debt financing for real estate and technology clients. Amanda holds a B.S. in Applied Mathematics and Economics from Brown University.

Michael brings over 25 years of experience establishing, operating and growing businesses in a variety of industries. This includes operating positions in venture-funded growth companies in the technology and telecommunications sectors.

Michael began his career in Washington, D.C. serving on the legislative staff of U.S. Senator Arlen Specter. Mr. Walden received a Bachelor of Science degree in Business Administration from the University of Richmond.

Tammy serves as an Investment Committee Member for Rethink Education. Tammy is President & Chief Commercial Officer, Revolution Foods. Before that, Tammy was the founding President of Protocol, a media company covering the power center of tech. Founded as a part of POLITICO Media Group and sold to Axel Springer Media in 2021, Tammy grew Protocol from a pre-launch idea to a dominant player in the tech media space with a growing editorial team supported by a thriving advertising model.

In 2019, Tammy was a Senior Advisor to The RISE Fund. The RISE Fund is a $2 billion global impact fund led by private equity firm TPG in collaboration with a group of renowned stakeholders including U2 lead singer Bono. During her time, Tammy led the go-to-market revenue strategy for a TPG portfolio company.

From 2010 to 2019, Tammy was the Chief Operating Officer (COO) at EVERFI, the leading education technology company focused on using digital learning to teach learners of all ages critical skills. As COO, Tammy oversaw EVERFIs 600 team members; led the development of national and global corporate partnerships; oversaw the development of EVERF’s digital learning technology platform; and spearheaded the implementation of that technology in over 21,000 K-12 schools and 1500 college campuses, and supporting the over 4,000 corporate customers that purchased the technology. Founded in 2008, EVERFI is a venture-backed company with investments from TPG, The RISE Fund, Amazon Founder Jeff Bezos, Twitter Founder Evan Williams, and Google Chairman Eric Schmidt.

After September 11th, 2001, Tammy was appointed to the U.S. Department of State, where she helped develop and manage the Middle East Partnership Initiative, a $300 million fund focused on economic and education foreign assistance to the Middle East. In 2006, she refocused in the U.S. working with leading companies on growth business plans.

Early in her career, Tammy worked in South Africa and Egypt leading economic growth and democracy projects for Price Waterhouse’s International Strategy Group. She returned to the United States to run customer success for a technology start-up in San Francisco, and at Diamond Technology Partners, a public company focused on helping Fortune 500 companies innovate with technology.

Tammy is a Pahara Aspen Institute Fellow, a competitive program for leaders. She is also active on a number of education non-profit boards in Washington, D.C.

Michelle Dervan serves as a Venture Partner for Rethink Education.Pior to joining Rethink Education, Michelle was a Director of Strategic Partnerships at Pearson Education where she focused on sourcing and structuring partnership deals with large and small tech companies. She previously held a number of education, edtech and economic development roles at Irish government agency, Enterprise Ireland. She is actively interested in education policy and workforce development initiatives. She volunteers as an Organizer of the NYEdtech Meetup, as a Mentor with YearUp and serves as a NextGen Board Member of NY Collaborates for Autism, a nonprofit that designs innovative programs to improve the lives of people living with Autism Spectrum Disorder.

Michelle has an MBA from Columbia Business School and a Bachelor’s degree in European Studies, French and Russian from Trinity College Dublin, Ireland.

Founders, Get In Touch

For over a decade, we have built an inspirational portfolio of companies run by a diverse group of founders and CEOs.

Identifies the right academic experts in 24 hours to help organizations build and grow.

Unlocking accessible, high-quality education across the world through blockchain & a learn-and-earn protocol.

The new way to job search.

Talent software for the deskless workforce.

Futureproof your workforce through education. 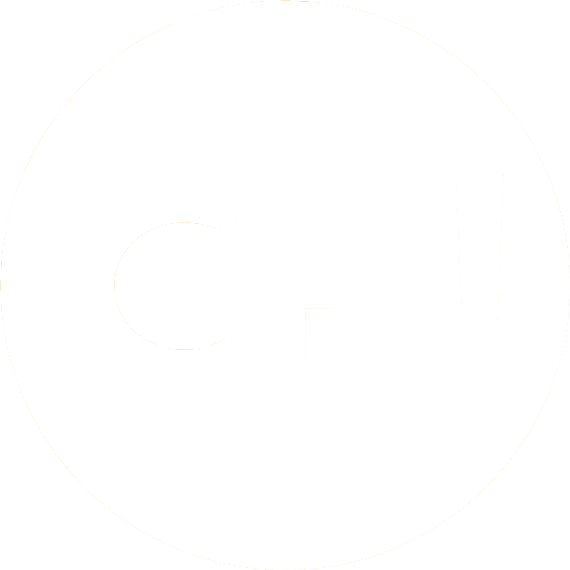 Getting EV charging stations and people back to work!

A person can’t be who they haven’t seen. Connecting African digital designers with US companies for remote work. 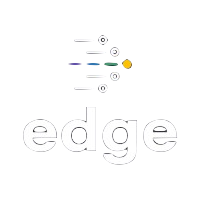 Innovative technology to upskill and empower language learners for the jobs of the future.

Now students don't have to choose between a liberal arts degree and tech skills.

Learning to Read, Reinvented with AI

Sharing data responsibly, securely, and ethically is a challenge.

The smart way to launch your college career.
Acquired

Next generation of standardized testing

Addressing training and employment challenges in the healthcare industry

Education as a benefit

Partnering with colleges to provide a virtual learning center for students, including a range of interventions that help students to stay on track

MissionU offers a one-year program that gives students the skills and experience needed to launch a successful career.

Partnering with top colleges and universities to bring their degree programs and courses online.

Next generation operating system that turns any computer into a Chromebook.

Where thinkers become creators in the new economy
Acquired

Providing transparency and accountability to the emerging marketplace of coding bootcamp providers.

A student success intelligence platform for colleges and universities.

A business intelligence platform for K-12 school and district operations.

Striving to restructure the nature of incarceration through modern digital tools needed to personalize the treatment, education, and rehabilitation of the incarcerated.

Welcome to our new website! Learn about our rebrand here.